To continue on what we have discussed before about facebook and other social medias, we will look a bit more into Google.  The most used tool of the military and spy agencies.  Now US federal judges have taken political control of Google and the internet search engines, serving orders on Google and Yahoo and others, to block sites which discuss US corruption, expose the elite, and other topics the elite simply do not want discussed. These orders are illegal under international law, and under US law, but the US judicial system is run by the mafia CIA. Justice is dead.

The fact that Google and major internet search engines have offices in US territory, has given US government (including judges) the opportunity to direct political control of the internet, and to use the internet so the CIA can kill people around the world.  Wonder why you don’t hear about things that were exposed and leaked decades ago….or recently.

US and UK corporate media, have aided with deceptive media stories, some stories are now being withdrawn as European legal cases build.

Thus, the world is deceived to think ‘everything is searchable on Google’, when Google (like other major search engines and internet companies) is simply a political tool of the US and CIA, ordered by US judges to ‘erase’ significant journalistic accounts.  In other words… Google, like Facebook and Twitter and Yahoo, have all of your information, every email, every message, every post, every draft, every click on an ad or link, where you went from there, who you shared it with, where you are, how you feel, what your planning or thinking or going to do, everything.

What better way to control the brainwashed population?  How else would they pull off mass mind control?  Our world is Socially Engineered by the Elite who hack our minds, bodies and souls daily from birth, until we either fester, rot and die-or break free, speak truth and fight for freedom.  We must stop allowing fear to control us.

The USA and the CIA line up Google to help murder journalists in foreign countries, as well as in the USA.  Aaron Schwartz is one such example of government censorship, stalking, harassment, and murder.  He was indeed murdered to shut him up, as hundreds are each month! Dr. Les Sachs is another example of hunted truth speakers. It is no mystery or secret that the USA government murders anyone who stands in its way or speaks against it.  Still Americans think they live in a free land. The list of the dead who died for truth can go on and on, but we will save that for another post.  Censorship is NOT just some internet thing.  This is real life for many of us.  Not a joke or a game.  Google and Yahoo have accepted orders from US judges to block numerous pieces of significant journalism and control your mind.  Read more about it all here.

CIA run Google use Internet Agents we have exposed before leading to George Soros here and here.  Of course they are already known.

These cyber trolls use spams to “mine” data, harass and stalk targets, take down accounts and more.  We are at war…we are all under total censorship. More here.

Then, since nothing on the internet was made for you, what is Google?  It is a military tool.

In 1999, the CIA created In-Q-Tel, to fund front companies (start-ups) that might create technologies for intelligence agencies. But the inspiration for In-Q-Tel came earlier, when the Pentagon set up its own private sector outfit called the ‘Highlands Forum.’ This network continues to operate as a bridge between the Pentagon and American elites outside the military and has since 1994. All controlled by the CIA who are controlled by the Vatican.  The participants in the Highlands Forum number over a thousand. Delegates include senior personnel from SAIC and Booz Allen Hamilton, RAND Corp., Cisco, Human Genome Sciences, eBay, PayPal, IBM, Google, Microsoft, AT&T, the BBC, Disney, General Electric, Enron, among innumerable others. It is not called the World Wide Web by mistake.  It is the web of the elite who rule the world.  At this point many of you reading this can probably see the elite in the symbols, which is the easiest way to tell who is who.  It should be obvious to many:

In 1994 Sergey Brin and Larry Page, students of Stanford University, made a breakthrough first automated web crawling and page ranking application.  We understand the symbols they use: Symbols of Freemasons.  Also we can see based on their DNA, like Mark Zuckerberg and Bill Gates and all who make it in those circles, they are both Jewish.  They did their work with funding from Digital Library Initiative (DLI), a branch of the National Science Foundation (NSF), NASA and DARPA.  They had sufficient supervision from Dr. Bhavani Thuraisingham and Dr. Rick Steinheiser,  representatives of a sensitive US intelligence community research programme on information security and data-mining.  “In an extraordinary document hosted by the website of the University of Texas, Thuraisingham recounts that from 1993 to 1999, “the Intelligence Community [IC] started a program called Massive Digital Data Systems (MDDS) that I was managing for the Intelligence Community when I was at the MITRE Corporation.” The program funded 15 research efforts at various universities, including Stanford. Its goal was developing “data management technologies to manage several terabytes to petabytes of data,” including for “query processing, transaction management, metadata management, storage management, and data integration…In fact, the Google founder Mr. Sergey Brin was partly funded by this program while he was a PhD student at Stanford. He together with his advisor Prof. Jeffrey Ullman and my colleague at MITRE, Dr. Chris Clifton [Mitre’s chief scientist in IT], developed the Query Flocks System which produced solutions for mining large amounts of data stored in databases. I remember visiting Stanford with Dr. Rick Steinheiser from the Intelligence Community and Mr. Brin would rush in on roller blades, give his presentation and rush out. In fact the last time we met in September 1998, Mr. Brin demonstrated to us his search engine which became Google soon after.”

Upon U.S. Attorney General Eric Holder issuing a “Joint Statement on the Negotiation of a EU-U.S. Data Privacy and Protection Agreement.” with European Commissioner, Vice-President, Viviane Reding.Dr. Leonard Horowitz (June 21, 2012) On the one hand, government officials proclaim their commitment to data privacy, while on the other hand they neglect simple studies and intelligence investigations proving ongoing violations damaging nearly everyone. We see this double speak everywhere to this day…

Playlists of info can be found in our Video Archives.

It is well known now that social media platforms censor what you are able to find, see, read, like, share, post and comment on.  Not only does the CIA (which we have already discussed, links everything to the Vatican) log your every step online, but it, along with Google and all of these platforms, sells your information for money.  (The elite will always make a profit).  We see the “Ministry of Truth” and “Youtube Heros” insanity which will only gain popularity as brainwashed masses feed the system because they are so mindless the elite have succeeded in creating the zombie apocalypse.  So, the concept should naturally be applied to many other things about which is is relevant.  Find out what HUMINT is from our previous page here.

Facebook, Microsoft, Twitter, and YouTube, Twitter and Google will always say their censorship actions are “for the greater good” or “to protect you”.  These are the main lines of the elite, and how they get away with what they do.  Meanwhile they do the opposite, always.  They say they censor terrorism and hate speech but can’t shut down any of those accounts or sites down. Pedos and murderers roam free on the webz.  Of course…those the elite call terrorists are those like us who fight for truth.  The elite want you as far from truth as possible.  They want you controlled.   Desensitized and Dumb.    Mission Accomplished. TangoDown.

Few know what to believe, so most believe whatever is shown them. “The life draining from a young student, a man holding his child, the baby’s skull blown apart – it’s just one more dead child – heaped onto a mountain of dead children in far off places. Gaza running red with blood, the Donbass children riddled with shrapnel, dethroned leaders hung, make believe villains with bayonets stabbed into their rectums in Libya, laughing hyena presidential candidates bragging about murdering – and right now the Silicon Valley stock market is going to protect us? No, my friends, the gatekeepers are shutting down democracy, or at least trying to. When the purpose serves them, the next step will finally stun the world into recognition.” 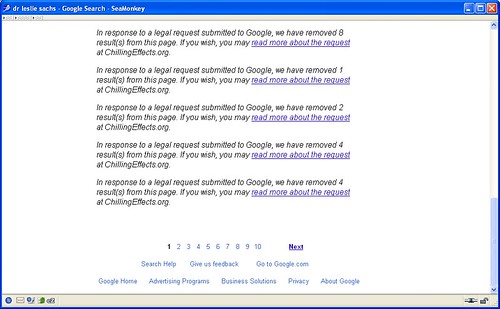 ‘Live Photo: Google Inc. Caught Censoring EU Search Results on US corruption’
Sadly we are too naive, too trusting, too emotional, too self centered to see the consequences of our cyber-attraction until it is too late.  We are simply moving one step closer to the elites total control which is called trans-humanism now.  Wake up before there is no you left.  More to come.  In the meantime, here is some more info. Also check out our Archives for more leaks. Enjoy! 😉
More Goog News.